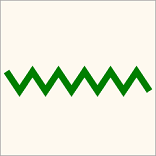 Does that green squiggly line in your word processor ever get annoying? It annoys us too. One of the most frequent errors we encounter at PaperEditNow.com is the sentence fragment. These mistakes signal an author's lack of writing ability and often make the writing difficult to understand.


1. There is no subject in the intended sentence.

This is basic writing and grammar. As you know, every sentence must contain a subject, but it is often surprising how frequently writers omit this essential part of speech and consequently pen a fragment instead of a sentence. Here's an example:

Fragment: Several economists now believe that the global economy is in a recession. And will eventually fall into a depression.

Obviously, the second "sentence" lacks a subject. The intended subject is "global economy," so let's see how we can fix this fragment.

Correct: Several economists now believe that the global economy is in a recession, and it will eventually fall into a depression.

As you can see, "it" is now the subject, and the sentence is complete by using two independent clauses separated by the coordinate conjunction "and."


2. There is no verb in the intended sentence.

Once again, most people learned in grade school that every sentence must contain a verb. Here's an example of a fragment which is missing a verb:

Clearly, the word "were" has been inserted to serve as the verb of this otherwise fragment. The sentence is concise and reads naturally.


3. The intended sentence lacks both a subject an a verb.

This is obviously a combination of the first two points. No further explanation is needed.


4. The intended sentence is a dependent clause.

Fragment: Barack Obama is one of the most recognized public figures in the world. Because he is the President of the United States.

Correct: Barack Obama is one of the most recognized public figures in the world because he is the President of the United States.

Follow these simple rules to avoid fragments in your writing. You will also avoid the green squiggly line (that's the professional term) underneath your sentences in your word processor!

>>
To get started, click on EDIT NOW. Simply select your delivery time and enter the required information. Most importantly, attach and upload your document to be proofread / edited.
02

After submitting the required information, pay using any major credit card. PaperEditNow.com utilizes Paypal to ensure transactions are guaranteed to be secure and safe.
03

>>
PaperEditNow.com does the rest! You will receive your edited document, in both smooth and edited form, in your selected turnaround time or less via email. It's that easy! Start today!